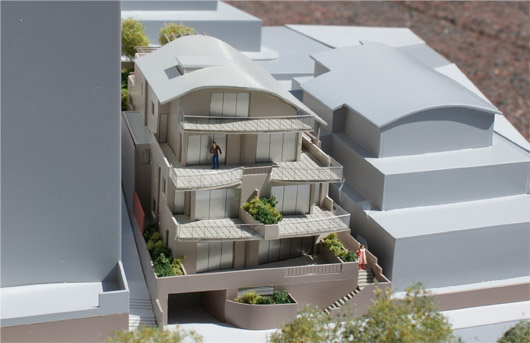 An existing older style block of four units established the design envelope which defined spatial limits for the  design that was originally approved in 2004. The owner delayed construction and commissioned a sequence of changes in unit type an dconfiguration in response to the market. Despite Floor Space Ratio being in excess of the  planning controls and despite additional scrutiny due to the prime waterfront location and numerous close neighbours to the south demanding maintenance of view corridors and solar access, the original DA approval was acheived in 2004 after extensive negotiations and various design iterations.